Every Azure region each has at least three interconnected availability zones, with each zone consisting of one or more data centers.

Deployments within Azure regions and availability zones help in managing the latency between components. However, as Azure footprint within a region grows, the number of data centers in use will increase. Your application components could be placed in any one of these data centers spread across the region. This placement spreads out your deployment, increasing the space between your application components, thereby increasing your network latency. That higher latency may have a negative impact on your application’s performance. To address this performance concern for latency-sensitive, business critical use cases, Azure offers a new resource type called proximity placement groups.

This blog will explore the features of Azure proximity placement groups and how customers can leverage the solution in NetApp Cloud Volumes ONTAP to address Azure latency concerns.

What Is a Proximity Placement Group?

In basic terms, a proximity placement group is a logical grouping of Azure resources within the same Azure data center in order to reduce latency.

The cloud abstracts the process of deploying virtual machines and underlying hardware from the customer. However, the physical placement of application components still plays an important role in shaping the user experience. For example, consider an application with VMs deployed in the same region. Since the data centers that host VMs are automatically selected by Azure, those VMs could wind up being spread out across multiple, physically distant data centers. Such deployments will experience more latency when compared to VMs that are placed within the same data center. This latency could just be a few milliseconds, but for latency-sensitive workloads, even these few milliseconds can prove to be detrimental.

A proximity placement group is a logical construct for physical proximity of your IaaS resources, as depicted in the picture below: 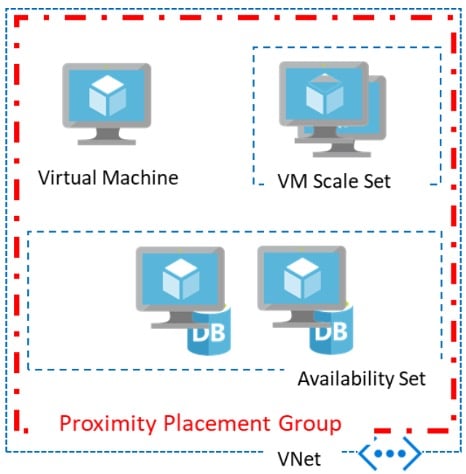 In general, proximity placement groups can be used in any scenarios where low latency is desirable. It could be as simple as two standalone VMs that need to communicate with each other. It could also be a complex multi-tier application with VMs deployed in multiple availability sets or VMs deployed in different scale sets.

For example, consider a multi-tier application with web, application, and database tiers deployed in VMs or VM scale sets or VMs in availability sets. Using the same proximity placement group ensures that all the machines in all these tiers are deployed in the same data center. That means the network latency for your app tier to retrieve or write data to your database is considerably reduced, which delivers a better user experience. Note that these VMs could all still use different configurations or SKUs as mandated by specific tier performance requirements.

Let’s take a look at some of the recommended best practices for using proximity placement groups.

High availability, low-latency data access, and data resilience are key goals for applications managed by Cloud Volumes ONTAP, and proximity placement groups can have a big impact on how they’re achieved. 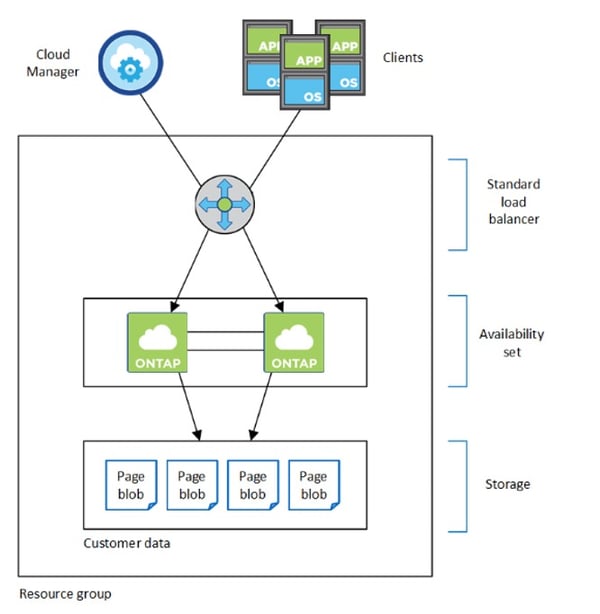 The benefits in Cloud Volumes ONTAP deployments in proximity placement groups are clear:

High availability is just the start of the benefits to Cloud Volumes ONTAP deployment. The service spans across hybrid and multicloud deployments, thereby delivering a unified plane of data management without compromising on Azure backup data protection, security, or storage economy on Azure.

Cloud Volumes ONTAP simplifies data management with tools and features such as seamless data replication with SnapMirror®, space-efficient and instant data volume cloning with FlexClone®,, and incremental, automatic NetApp Snapshot™ copies are some of the other features that help in this process.