For major oil and gas companies, the quality of seismic analysis and 3D modeling of geological data can mean the difference between a massive payout and a bust. Analytics and 3D modeling depend on technology. So the stakes are high when making a major IT decision like moving your infrastructure to the cloud.

Deep in the heart of Texas, where most U.S. oil businesses are located, a large multi-national oil and gas firm (we’ll call them Oil X) is making an aggressive play to move their core IT infrastructure to the cloud. Their goals include reducing IT infrastructure and capital costs and innovating more rapidly in the cloud. Like most enterprises, Oil X first moved secondary workloads such as backups to the cloud. Moving low-tier workloads is a good place to start since the risk exposure is relatively low. Now Oil X is moving their disaster recovery (DR) environment and they’ve started experimenting with tier-2 and tier-3 workloads.

The Challenge of Disaster Recovery in the Cloud 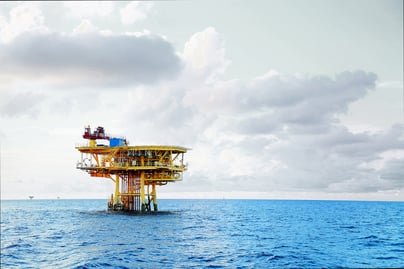 When performing a backup, the recovery workflow involves retrieving the backup data and restoring it to primary storage. That’s not the case with DR. When performing DR, you bring up your applications at a secondary site to keep your business running until the primary site is back online. Depending on the outage, restoring a primary site typically takes days or weeks, depending on the severity of the disaster. So, the requirements for a secondary site tend to be much higher for DR than for backup or archive.

The risk of a primary site outage is relatively low, but the impact is very high. The tradeoff between cost and the quality of the solution is non-trivial. Oil X had worked with Azure for 2+ years on their cloud strategy and plans. They’d also been a NetApp customer for over a decade and were happy to have the option of using the same ONTAP technology both on-premises in the Azure cloud. They decided to deploy Cloud Volumes ONTAP as the destination for their backup and DR data.

The first wave of deployment included 10+ instances of Cloud Volumes ONTAP supporting over 10 petabytes of data. 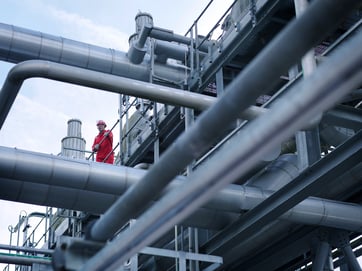 Cloud Volumes ONTAP is a full instance of NetApp ONTAP running in a virtual machine on your choice of cloud infrastructure, in this case, Azure. It provides tremendous deployment flexibility including disk type, compute size, and region location. Deployment is fully automated through Cloud Manager, including the underlying cloud infrastructure. Capacity scaling is also automated and on-demand.

Discovering More Savings
For Oil X, the benefits from the initial software deployment were just the beginning. The team used the NetApp SnapMirror engine to replicate data once a day instead of continuously. This means they could shut down cloud storage when not replicating data, resulting in significant compute savings. SnapMirror, which is integrated into NetApp ONTAP, is a granular and super-efficient block level replication engine that you can schedule to replicate data according to your needs. For the initial setup, Oil X used SnapMirror to replicate throughout the day, so the VMs supporting the Cloud Volumes ONTAP software were running 24/7. Once the baseline data was in place, Oil X refined the the data replication schedules to once a day and  automated when cloud storage would come online to replicate data and when it would shut down.

Oil X is on a roll. Recognizing the savings of using Cloud Volumes ONTAP along with the automation of deployment, the next task is to identify how they can help other business units deploy a similar solution. The team is working with internal automation teams focused on DevOps and Ansible to automate deployment of these Cloud Volumes ONTAP backup and DR instances through ServiceNow. This will allow other departments to consume the same service.