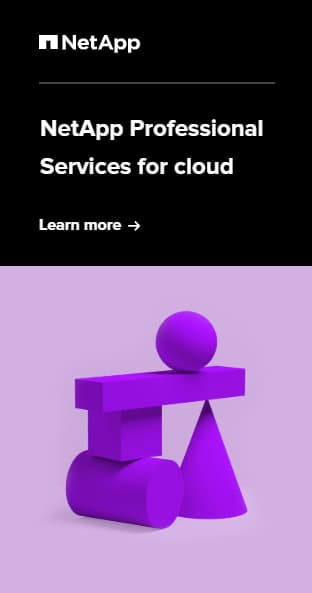 DevOps: The Complete Guide to Culture, Technology and Tools

What is the DevOps Methodology?

DevOps is an information technology (IT) methodology that facilitates collaboration, communication, and integration between software developers and IT operations staff. The primary purpose of DevOps is to improve the quality and speed of software delivery, enabling continuous, frequent updates that deliver value to customers.

The DevOps team works together to create a consistent development, testing and production environment, and automates the development pipeline, to make software delivery efficient, predictable, sustainable and secure.

DevOps gives developers better control over their infrastructure and a clearer understanding of the production environment, and encourages operations specialists to be involved from the onset of the development process. It creates a culture of shared ownership and responsibility for software that runs and delivers value in production.

What is a DevOps Culture?

DevOps is not just a methodology or a practice, it is also an organizational culture. DevOps culture focuses on small interdisciplinary teams that can work independently, and are jointly responsible for the user experience delivered by a software product. The DevOps team lives in production—they are primarily focused on improving live usage of the product.

A DevOps culture has the following essential elements:

What is the difference between Agile and DevOps? Both methods can facilitate collaboration and increase

DevOps closes the gap between development, operations and IT service teams. One of the primary ways it does this is by Implementing DevOps tools. These tools are implemented as pipelines, typically using continuous integration, continuous deployment, and continuous delivery (collectively known as CI/CD) workflows. CI/CD pipelines serve as structured environments that enable and promote fast delivery of high quality software.

The CI/CD implementation process uses a daily or weekly release cycle, allowing the DevOps team to get quick feedback from customers on new versions of the product.

Key CI/CD concepts and their relation to DevOps:

Learn more in the in-depth guide to CI/CD Pipeline

The SRE approach is to apply software engineering ideas to operations topics. Instead of treating operations as an ongoing maintenance effort, software reliability engineers build systems that make software services more reliable and easier to operate.

Most practitioners agree that SRE is not a competitor to DevOps, rather it is a complementary methodology. In the Google book defining SRE, DevOps is compared to a programming language, while SRE is a class that implements it. The DevOps philosophy defines the overall behavior of the service management framework, while SRE is a way to implement DevOps and measure its success in improving product reliability.

Accept failure as normal
Like DevOps, SRE encourages shared responsibility between IT and development. SRE makes it possible to innovate and make drastic changes to products, which may result in faults. It introduces the concept of a “risk budget”, which SREs to set measurable limits for risk, while encouraging innovation. SRE also assumes that aiming for 100% availability is not compatible with growth and ongoing development.

Use tools and automation consistently
DevOps pipelines rely heavily on automation and the adoption of new tools. SRE workflows, on the other hand, prioritize standardizing technology and information across the organization. To achieve this, SRE implementations require collaborators to use the same stacks. This can be beneficial for DevOps, because even in a full DevOps environment, the use of different technologies and tools may cause teams to unintentionally split into silos.

Measuring everything
Measurements are crucial in both DevOps and SRE. DevOps focuses primarily on process performance and achieves continuous improvement via the CI/CD feedback loop. SRE treats operations issues as software engineering issues, so it measures service level objectives (SLO) as its key indicator. By combining process goals with production SLOs, teams can achieve not only faster delivery, but also software that becomes more robust and reliable with each release.

DevOps ensures that organizations build technologies that are useful, easy to maintain, and capable of evolving to support changing requirements. While traditional IT is associated with legacy technology that supported old-school business, DevOps will gradually become synonymous with digital transformation.

Learn more in the in-depth guide to digital transformation

The DevOps development pipeline relies on an entire technology stack that enables automation, efficiency and collaboration. Below we describe several elements of this stack, which may be used in different combinations by different teams.

Cloud automation allows IT teams and developers to automatically create, modify, and delete environments in the cloud. DevOps has leveraged cloud computing since its early days, to enable complete end-to-end automation of development and delivery pipelines.

However, automation is not built into the cloud. It requires specialized knowledge and uses specialized tools, some of them offered by public cloud providers, some as part of private cloud platforms, and some third-party tools, notably configuration management, infrastructure as code (IaC) tools, and orchestration tools like Kubernetes. These skills and tools are an essential part of any DevOps team.

Learn more in our in-depth guide to cloud automation.

Infrastructure as Code for DevOps

Infrastructure as code (IaC) uses the same descriptive model that the DevOps team uses for code—version control—to manage infrastructure, including virtual machines, networks, and storage. Just like the same source code always produces the same binary code, an environment configuration should be able to consistently reproduce an environment every time.

IaC solves the age old problem of environmental drift. Without IaC, IT teams had to maintain the setup of each deployment environment. Over time, each environment becomes a “snowflake”, a unique creation which cannot be replicated automatically. Inconsistencies between dev, test, and production environments can cause problems during deployment, introduce errors and involve complex manual processes.

DevOps teams implementing IaC can provision stable environments quickly and at scale. They ensure consistency by expressing the required environment state in code, without ever manually configuring the environment. Infrastructure becomes repeatable and reliable.

Learn more in our in-depth guide to infrastructure as code for DevOps.

CloudFormation allows DevOps teams to use templates to automatically build anything, including basic resources and complex applications using many resources. You can fine-tune configuration and repeat the process to create reliable environments, which can then be replicated for development, testing and production stages of the DevOps pipeline.

Learn more in our in-depth guide to infrastructure as code on AWS.

Infrastructure as Code on Azure

Azure also provides "blueprints" which package ARM templates with policy and RBAC definitions—giving DevOps teams everything they need to set up cloud resources end-to-end for dev, test, and production environments.

Learn more in our in-depth guide to infrastructure as code on Azure.

“Cloud native” is a way to build and run applications that take advantage of the cloud computing delivery model. Cloud native is not about where you deploy your application, but about how applications are built and deployed. Cloud native applications can live both in the public cloud and on-premises, assuming that the local data center has cloud automation capabilities.

DevOps is one of the primary use cases for cloud native techniques. The DevOps approach naturally complements cloud native concepts like containerization, serverless, and microservices architectures:

Most if not all DevOps teams are developing and running applications in containers. Orchestration engines like Kubernetes are required to keep containers running at scale.

Kubernetes helps DevOps teams meet customer needs without worrying about the details of the infrastructure. Kubernetes replaces the old manual task of deploying, scaling, and building a resilient application. Instead, it dynamically provisions applications on available resources.

Kubernetes is essential for DevOps teams looking to automatically scale and ensure resiliency of applications, while minimizing the operations burden. For example, it allows teams to manage the scalability and elasticity of an application based on load metrics. Developers can focus on building new functionality, without worrying about whether the application can serve users during peak times.

However, Kubernetes makes certain aspects of the IT environment more complex. These include security, storage management, and management of CI/CD pipelines.

Learn more in these detailed guides:

Why is Kubernetes Essential for Modern DevOps Teams?

Serverless computing is an innovative way to deliver backend services. Serverless architecture allows users to write and deploy code without worrying about the infrastructure. There are still physical servers, but developers do not know about or interact with them.

Serverless architecture is commonly used to implement DevOps. Serverless makes it possible to build an efficient CI/CD pipeline, simply by declaring application requirements, with an on-demand pricing model. DevOps teams can implement an entire build, test, and deployment pipeline just by writing code and deploying it as serverless functions, with no hosted solutions.

Another advantage of serverless technology is that it makes updates easier. DevOps teams can introduce new versions of serverless services, while keeping existing instances running, and switch between services very easily. This makes it even easier to leverage canary and blue/green deployments, compared to a containerized approach.

Learn more in the in-depth guides:

DevOps teams see tooling as a means, not an end. DevOps unifies teams by automating and tracking functional processes from initial check-in of code to a repository, all the way to production deployment. To fully improve these processes, all stages of DevOps pipeline must be automated, controlled and monitored.

DevOps tools enable automation and control for planning, development, testing, deployment, operations and monitoring. In addition, some tools have a view of the entire DevOps pipeline, and can help orchestrate the entire process.

A wide range of tools are available for DevOps implementations and new tools are consistently being developed. Below are the most common types of tools that are included by DevOps teams and some examples of the specific tools in use.

Learn more about DevOps tools in our in-depth guides to:

In particular, Cloud Volumes ONTAP provides Cloud Manager, a UI and APIs for management, automation and orchestration, supporting hybrid & multi-cloud architectures, and letting you treat pools of storage as one more element in your Infrastructure as Code setup.

NetApp, together with several partner websites, has authored a large repository of content that can help you learn about many aspects of DevOps. Check out the articles below for objective, concise reviews of key DevOps topics.